Finally a post about my Jordan trip where I make it out of Amman! Only about an hour away though, Just as far as the lowest point on the Earth at 408m below sea level – The Dead Sea.

Firstly a few facts:-
The Dead Sea is not in fact a sea, but a lake.
At 31 % salinity (9 times the oceans) it is the 2nd saltiest body of water on Earth after Lake Aral in Djibouti.
The Dead Sea is 3 million years old.
It has shrunk by 30% in recent years (at a rate of 1/2 meter a year) due to evaporation and the demands of the potash industry.

It is a spectacularly beautiful colour, and the salt rocks formed around it’s edges add to the feeling of being in some alien environment.
A crazily buoyant dip in it’s waters is all one imagines it would be and covering oneself in its (allegedly) healing mud a small tourist indulgence that was as much fun as it looks.

Take it from me though, do not get the water in your eyes as the 30m dash up the red hot beach to the fresh water showers feels like miles and you feel even stupider the second time.

It was also a strange experience for me to be gazing across to Israel/Palestine on the other side having done exactly the same the opposite way more than 10 years ago. In Jordan with it’s 30% Palestinian population the reality of the Israel/Palestine problem is never far away and to bob effortlessly in The Dead Sea gazing across to what are essentially occupied lands is a slightly surreal experience. 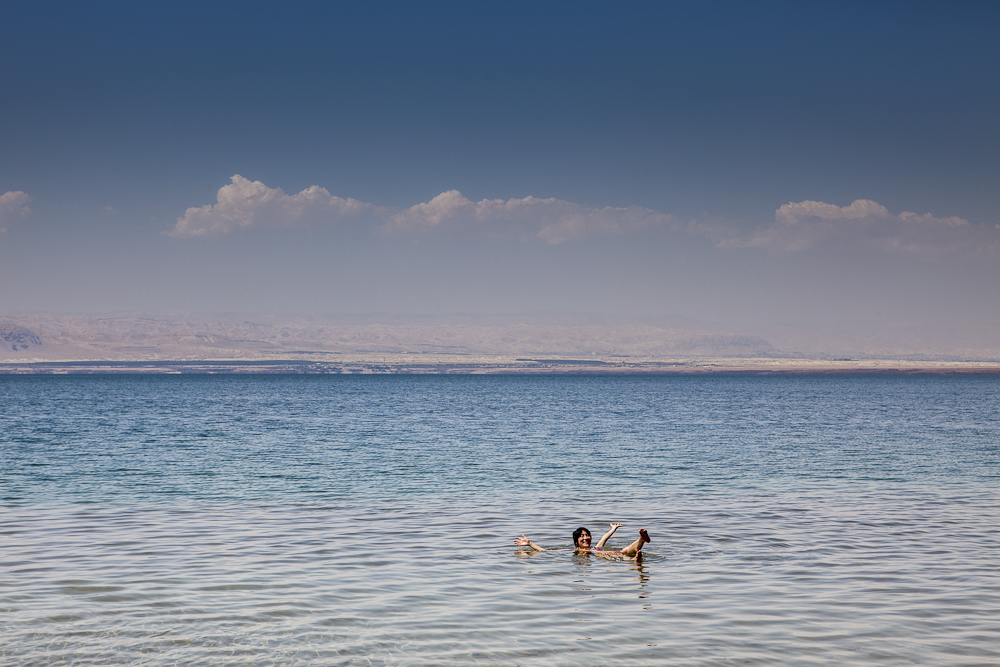 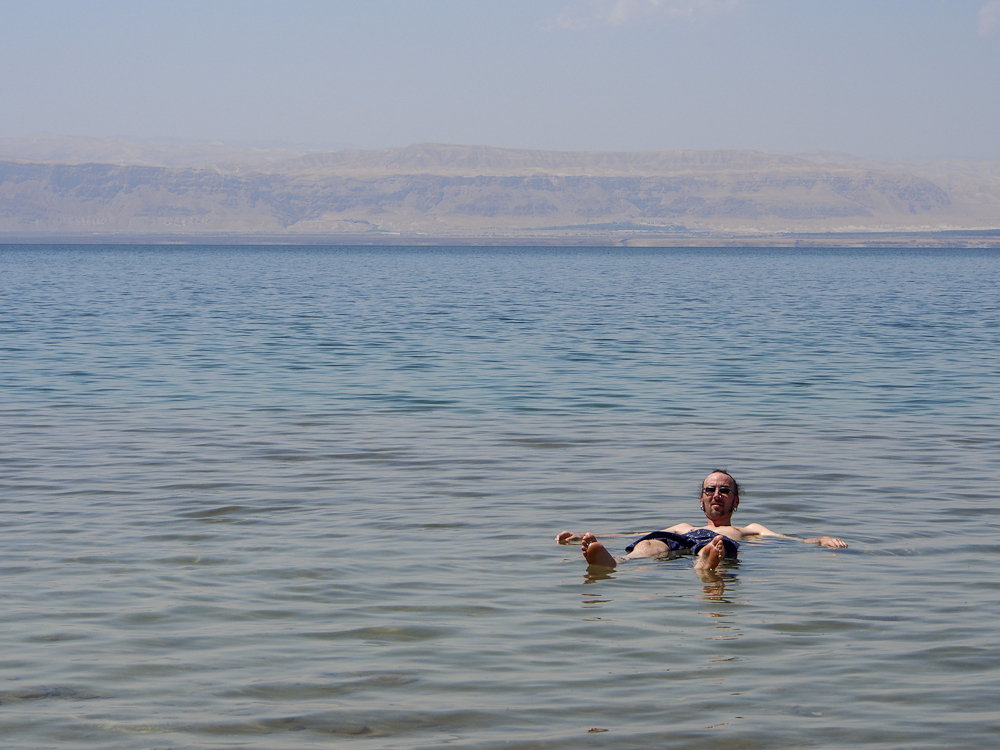 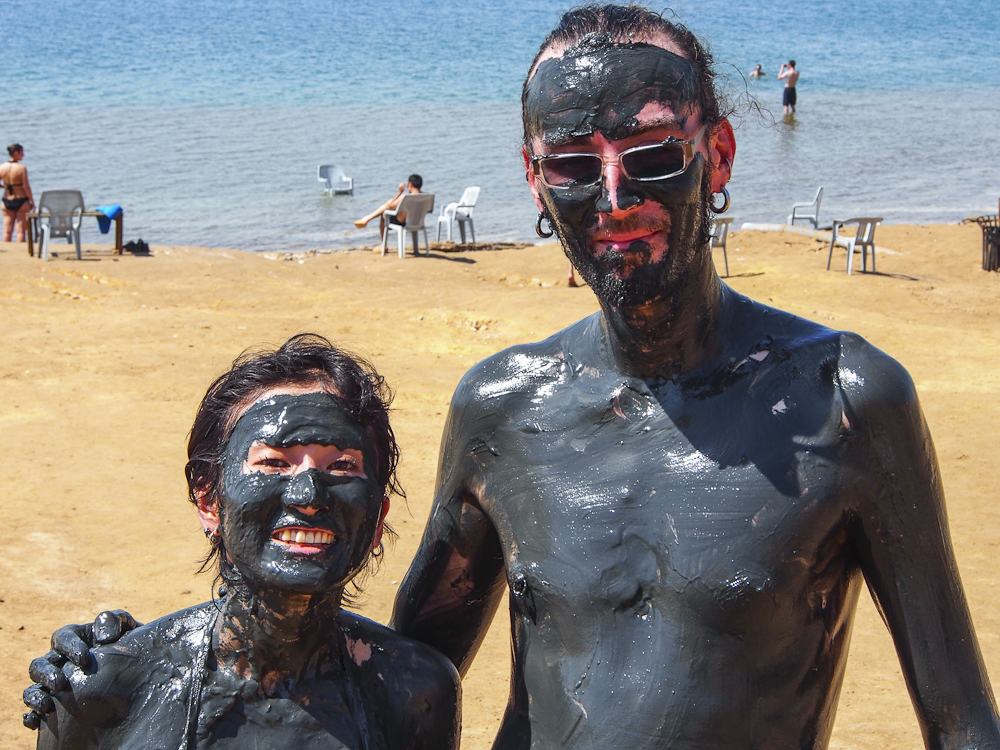 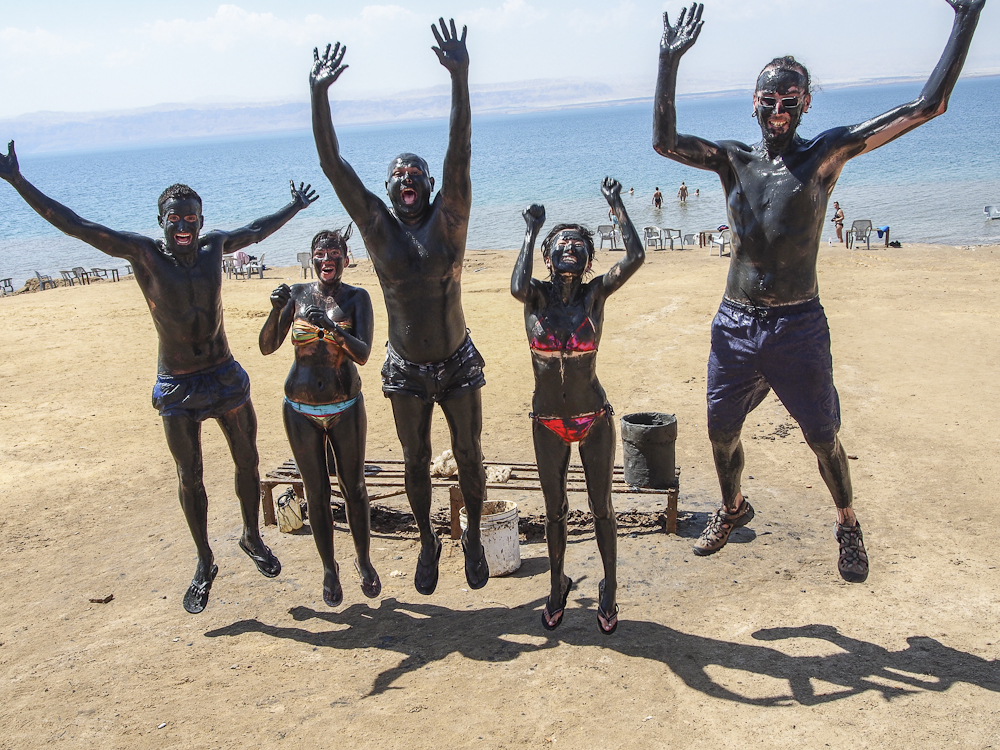